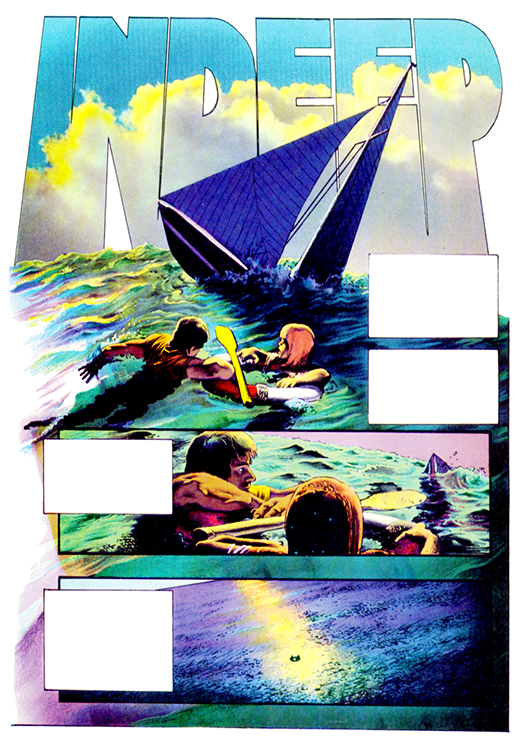 Style: CG coloring / Greytonal. Genre: Horror. Time Span: No particular moment of time. Nudity: Voluptuous girl.
Keywords: Sea accident. Adrift. Life ring. Sharks. Seagulls. Sweet heart.
Synopsis: A couple have a sea accident and they adrift with the life buoy. It's a struggle of life and death. She does not survive, but he does (opposite than in James Cameron's Titanic story).
Comment: Brilliant color artwork and amazingly realistic story, by Bruce Jones, of adrifting and surviving. In full 10 pg version has first and last page in B&W; 9 pg version dismisses first page.
Alternatives (

, 9 pgs): Story is originally 10 pages, but most of reprints appears to be shotened with the first page, and the last page is single colored, but instead of black they used red.
Alternatives, [VERS.4]: Poorly scanned from magazine (equal with vers.2).
Alternatives,

: Restored with piety by José Villarrubia according the original format (vers.1).
Special ([VERS.3], [B&W]): "In Deep" appears in B&W under name of "Jaws of Death". Equals with [VERS.1] except it's in B&W. Creepy #101 is name as "Jaws of Death Special Issue".
Sequel: Only Creepy #101 has got a sequel for "In Deep". Both stories are written by Bruce Jones; but only first is drawn by Corben. The sequel is by Leo Duranona.
Corben: "In Deep" was a project promoted and written by Bruce Jones. The color inserts were eight pages long, and Bruce had an idea to do a black-and-white lead-in and finish to a color story so it could be a longer story. He also posed in reference photographs for the lead character of the story. Furthermore, he introduced me to the startlingly statuesque Karen G., who portrayed his luckless girlfriend. Some sharp-eyed readers will recognize her, as this was the beginning of my association with Karen on many later projects. [bloody-disgusting.com] 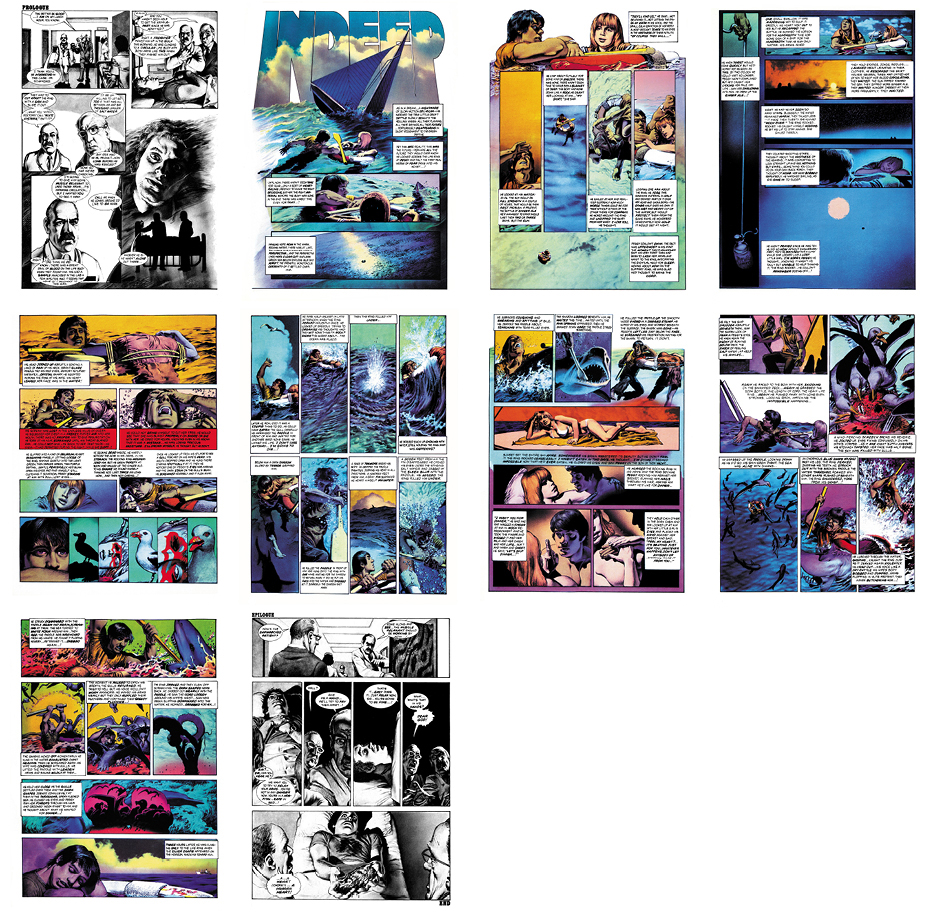 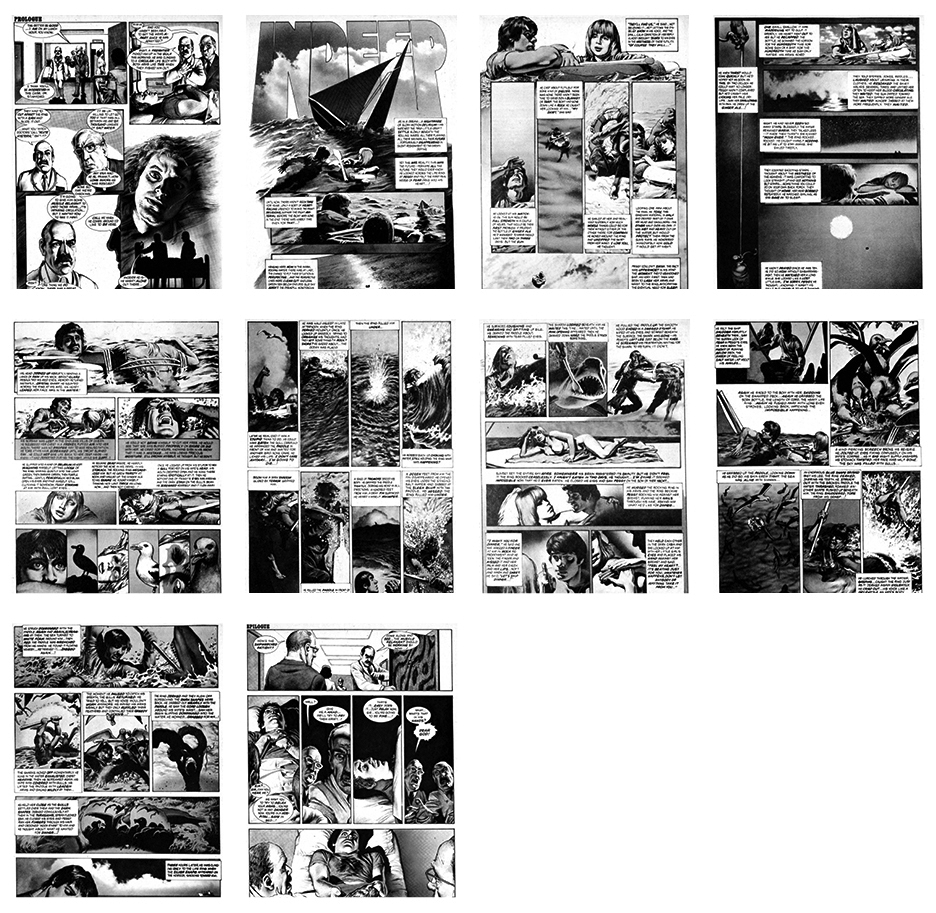